This an example of the Irish Collectors Character Doll- handmade by Jay in Dublin. The doll represents a woman from the Connemara district in western Ireland. This doll was made of wood,plaster, cloth, felt, wire, acrylic yarn and human looking hair. (The doll hair has not been examined). Tag:"When she was at home she wore a coloured homespun skirt, shawl, headdress and pink apron. As she worked on the land the shoes or pampooties made from rough raw hidesgave her feet greater protection from the rocky land."
Posted by admin at 6:46 PM No comments:

Bernadette - Joanne Walker Doll made in the 1950s

Another Catholic doll this one was made in the 1950s! In the previous post, Rosemary wore her Christening dress. This is an Australian Joanne Walker 70 cm tall doll we named Bernadette. She wears a Catholic scapular with a medal around her neck and looks very pretty. The holy card represents the Holy Mary and baby Jesus offering scapulars. (Whoever dies wearing this scapular shall not suffer eternal fire.)
Posted by admin at 12:43 AM No comments:

This is another example of a doll dressed in the Slovenian Alpine costume. The 'avba' hat characterizes not only the upper Carniola, or Gorenjska - it is also worn in lower Carniola, or Dolenjska and west Stajerska. See also Doll in Sloveniannational costume 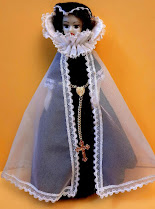 This is a Rexard doll named Mary Queen of Scots.

See also
Mary Queen of Scotts by Peggy Nisbet
Posted by admin at 7:15 PM No comments:

This is a souvenir doll from Bermuda made in 1970s.

Doll in the Mauritius ethnic costume

This is an example of an easter African doll in the  Mauritius ethnic costume.

Souvenir doll from Sestine in Croatia

This is an example of a vintage doll made in Croatia. This souvenir doll wears the Sestine national costume of the Croatan capital Zagreb.

This is an example of a vintage handmade doll by Cillacraft Welsh Dolls.

Pembrokeshire Fishwife dressed in the woven doll outfit made at Museum of the Welsh Woollen History http://dollmuseumnewzealand.blogspot.com/2017/08/pembrokeshire-fishwife-doll-outfit-made.html 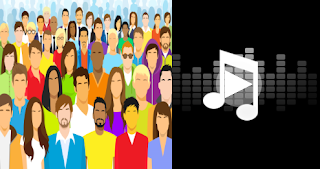 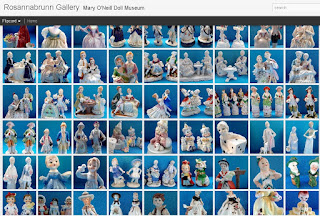 Stand up to racism against migrants in New Zealand 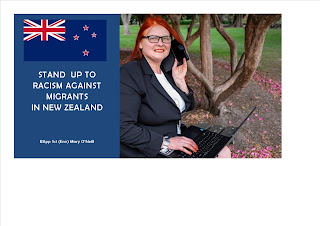 Museum of New Zealand Te Papa, published a story about Bessie Murray widow from Taihape in New Zealand.  Bessie made her dolls to support her family. Accordingly, she made Maori mother with moko and child doll, in 1930s.

In more detail Bessie's doll has: Maori hair style, moko and bag and jewellery that associate the look of green stone - combined with European (Welsh) outfit.


In contrast, Pedigree Doll Company  (a subsidiary of Lines Bros) manufactured the first vinyl Maori doll in kapa haka costume with real feather. This rare doll was sensationalised internationally in 1950s. Height 30 cm.
Posted by admin at 2:50 AM No comments: 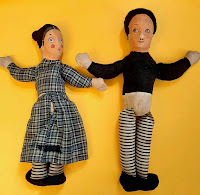 Those two dolls belonged to Hazel Wyatt's mother. Mrs Wyatt is from Danevirke and donated a number of smaller size dolls to the Mary O'Neill Doll Museum."There isn't really any stories, except for the Charlie Chaplin and partner - Mum loved his movies and went to them whenever she could. It was continuous viewing - you could turn up in the middle of a movie and stay until the next viewing got to the place where you came in. Or even longer if you wanted.
Mum collected the dolls over the years from fairs and garage sales. She had them on display in her hobby room and later in her lounge."
Prior she posted me a parcel Hazel wrote:
"The pair of dolls in photo number 4728 were my mother's when she was a child (she was born in 1924). She said that the man was Charlie Chaplin and they used to be stitched together, dancing. The woman's dress is damaged in a couple of places and straw stuffing is exposed as shown in photo number 4720. They might be past it too."
Hazel thank you for your donation and a lovely story about your mum dolls. 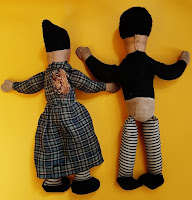 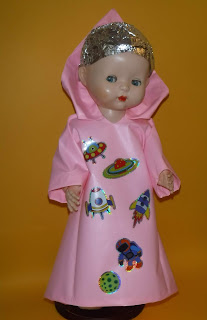 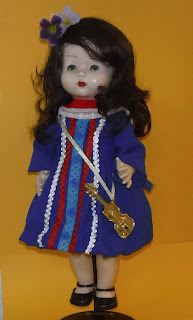 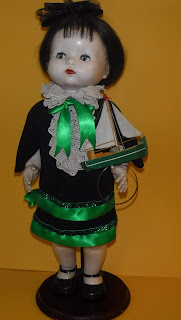 This is an example of NZ Pedigree walkerdoll made in the late 1940s -early 1950s.
Exhibit: Wellington capital of New Zealand
150 Anniversary
Mary O'Neill Doll Museum doll
Doll outfit: Mary O'Neill
Posted by admin at 12:13 AM No comments:

Regal Toy Company Ltd. doll made in Canada in the 1960s

This is a very rear doll made by
Regal Toy Company Toronto,
Canada in the 1960s.

Its now ten years since I published the first post on the Blogspot pages. In this short review I would like to discuss Mary O’Neill Doll Museum e-learning contexts published on those pages.

Back in 2008, I designed a doll history e-context thinking about  learner to content interaction. Did this learning approach ocure? Moreover, which learning approach has become relevant to the digital Mary O’Neill Doll Museum?
Prior to commenting on this, let's have a few words about how did it all start? In the time of the Web 2.0 early years I was learning how to use the ‘Classic Editor’.  I downloaded Yahoo Site Builder on my computer. In 2004, I applied my new knowledge in ‘frame editing’ – and created my first Mary O’Neill Doll Museum New Zealand hosted e-learning context web page. My role was to conduct the research, e-curate doll histories, photograph objects, and design web pages.

Back in 2004, a constraint in my e-learning context was the fact that the different browsers and devices open pages differently. This has become one of reasons, four years later - I switched to fast and easy to use Google hosted Blogger. The Blogspot custom  domain seemed more suitable for the interpretation of doll histories.

Blogger template’s ability to unify the look of the posts giving them a look of the lesson: with a top post, the latest story. Posts arrive vertically with a ‘time stamped entries’. Moreover, posts are easy to navigate, they are simply scrolled up, or down.

Some doll stories included interlinks which allowed digression e.g.  A pair of wooden dolls dressed in Kujawy costumes made in Poland in the late 1950s to early1960s   See also:  Polish wooden dolls dressed in Lowicz costume For that reason online readers have had an option to temporary depart the story, read another related story, and then return back. Consequently, exploring learning occurred.

The Bloggers platform fits with the Laurillard’s conversational framework that ‘technology provides an environment to enable conversation’. Accordingly, another reason why I switched to Blogger was to have an interaction with audience. Moreover, the Blogger always have had a space for online visitor’s comments.

I disabled the anonymous chat feature, so the audience have had a chance to become –  ‘real people’ as defined by Garrison, Anderson and Archer in 2000. Moreover, I was having in my mind to acquire  non instructivist way of learning. Nonetheless, discursive interaction did not occur.

On average , 4% of the total Mary O’Neill Doll Museum online visitors send questions via email directly to me. In contrast, only a few visitors participated by making comments on Blogger.
Hence, this poor social presence on Blogger—means poor, or no cognitive presence.

Over the period of last 10 years, I received a large quantity of emails which is timely to reply to them all. At the same time, answering general questions via my personal email would advantage some, and it would not benefit the rest of the Mary O’Neill Doll Museum audience.

Where to now? There are over 10,000 dolls in storage which I am overwhelmed with. At this stage, I am able only to set up a small Kiwiana Childhood Museum. Kiwiana means artefacts unique to New Zealand, in a wider context favoured by New Zealanders.

This is an example of a Spanish doll made circa 1960 which depicts a women from Valencia in Spain. The doll holds a traditional Valencian paella dish. This dish was traditionally made of white rice, white beans, meat and snails. This dish also contains a rosemary herb which adds to the famous flavour of this dish
Posted by admin at 11:30 AM No comments:

Tag: 'Made in Wales Pembrokeshire Fishwife Gwnaed yng Nghymru.This doll is only one of a range. Others include: Brecon Girl, North Wales Girl, Gower Girl, Swansea Muffin Seller, Mid Wales Woman. This figure is dressed in real Welsh flannel and depicts a Pembrokshire Fishwife carrying fish for sale in a basket on her back. The flannel used in this figure is woven at Melin Teifi, Dre-fach Felindre, occupying part of the Museum of the Welsh Woolen Industry'. C Squared Toys. Height 17 cm.

Two dolls from Sri Lanka made circa 1960s. In more details, both dolls dressed in Kandy region dancing costume. This musical performance and ethnic clothes are the remnants of the  Kingdom of Kandy 1590-1815. Height 26 cm and 25 cm. 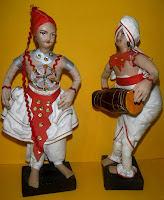 Blackfoot chief by Carlson dolls made with pride in USA

This is an example of the Blackfoot American Indian tribal chief ethnic clothes by Carlson Dolls made with pride in USA. Height 18 cm.
Posted by admin at 10:08 PM No comments:

Romanian calusar doll made in the 1970s

We have previously discussed a doll in the female  Romanian national costume which depicts the Oas regional etnographic costume of northern Transilvania. Similarly, in this post we present the doll in the male costume from the Bihor county and Crisanan Regional capital Oradea in Western Romania.

However, this costume has its origins in Moldovan tradition.  In more detail, this dance has had a feeling of some sort of spiritual warning, or coming of spring. This is a mystical spiritual dance and it was for the first time mentioned in the king Centemir’s Descripto Moldaviae Framkfurt und Leipzig 1771.  Although, historically shared at the same time with Romania, Moldova has become independent in 1991. Today, this dance is also performed in different Romanian surrounding countries by the  Romanian ethnic minorities.

Pictured doll is a product of the Handicraft cooperation that made dolls in Romanian national costumes. Nonetheless, this doll is a typical example of the  regional costume. It refers to Romanian Oas region, situated north-east in the Satu Maru country, northern Transilvania. Satu Maru bordering countries are: Ukraine and Hungaria. This doll was made in the 1970s. Height: 21 cm.
Posted by admin at 6:44 PM No comments:

Photo images published on this blog are subject to copyright.
For all your enquires contact mary.oneill@slingshot.net.nz
Mary O'Neill Doll Museum 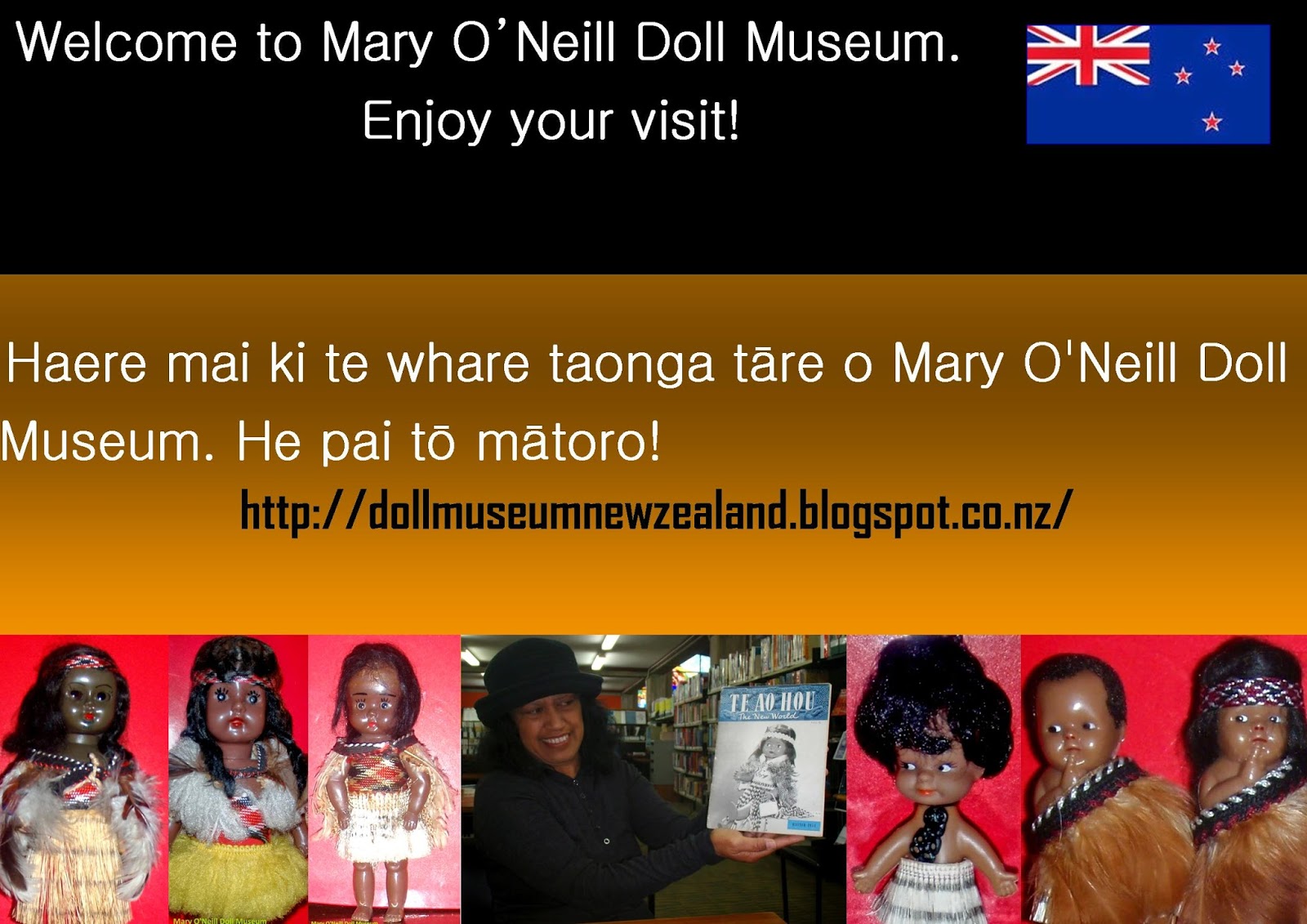